Below is the English translation of an Italian article written by Antonio Socci about Maria Valtorta's The Gospel as Revealed to Me (also known in English-speaking countries as The Poem of the Man-God). Antonio Socci is a leading Italian journalist, author, and public intellectual in Italy. He hosts his own television show and is a prominent media personality, especially for topics on the Catholic Church. He has regularly held press conferences for cardinals (including Cardinal Ratzinger and Cardinal Bertone). Antonio Socci is particularly well-known among Catholics for his book The Fourth Secret of Fatima, which is one of the most prominent books about Fatima (in particular, the Third Secret of Fatima) in recent times. Antonio Socci wrote an article about The Gospel as Revealed to Me / The Poem of the Man-God that was originally published in an Italian newspaper and which he also published on his blog in April 2012. We thank Catherine Loft for the English translation below. 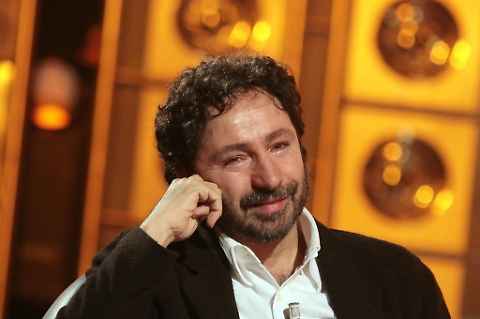 A Wonderful Gift to Our Generation:

"The Gospel as it Was Revealed to Me" by Maria Valtorta

It's a paradox, but modern "non-believers" seem literally fascinated by Jesus of Nazareth. Ernst Renan calls Him "a man who is incomparable, and great, to such a point that I would not feel like contradicting those who call Him God."

"In the minds of men, in the ideal world that exists inside one's head, Jesus is immeasurable. His dimensions are beyond comparison; His level of grandeur is hardly conceivable. The history of the West – from the Roman Empire onwards – is ordered around one central fact, one event-generator: the collective representation of Jesus and of His death. Everything else came forth from that, or adapted itself to it. Everything that has been done in the West for so many centuries has been done in the gigantic shadow of the Cross."

And so much do men greatly desire to learn more, that often writers, filmmakers, and intellectuals give free rein to their imagination in order to fabricate fables about the Gospels; to invent theories, or often lies; and maybe even to produce films, television series, or theatre – usually of a low-level – but which reap a large audience, because – as the Church says – "the whole world seeks His Face."

The Gospels, in fact, are chronicles that are rather sparse, containing the necessary and essential facts, but leaving much to the imagination. Saint John concludes his own Gospel, in fact, with this: "There are still many other things done by Jesus which, if they were written out one by one, I think that the world itself would not suffice to contain the books that would need to be written."

Well, if it is true that all would have desired to have been present there, to have seen Jesus of Nazareth – to have seen His Face, "The fairest of the sons of men" – to have listened to Him in some town's market-square, along some dusty roads ­­– to have been present at His tremendous, earth-shattering miracles; then it must be made known to everyone: there exists a work – the only one of its kind in the world; the only one of its kind in history – which fulfills exactly this "impossible" desire.

It was precisely for our very own generation that this exceptional gift was given. It is a work of ten volumes, about 5,000 pages – literally awe-inspiring – where is re-lived, day by day, as though broadcast live, the adventure of Jesus of Nazareth, the God-Man who overturned human history.

It is entitled "The Gospel as it Was Revealed to Me," and its author is Maria Valtorta.

These pages are the fruit of several years of mystical experiences, in which Jesus literally made those days of two thousand years ago come back to life again for the visionary, just as if she had been there at that time; indeed, even more so because she also sees and hears things in those days that the apostles themselves were not able to see, know, and relate (such as the entire, long path of Judas's going astray from the beginning, which was known only by Jesus, Who tried in every way and with a love unheard of, for three years, to save him).

But who is Maria Valtorta? She was born on March 14, 1897. Beginning in 1913, the Valtorta family was living in Florence. She was an active member of Catholic Action and, during World War I, was a volunteer nurse.

Still living in Florence, in 1920, [while walking with her mother], a revolutionary struck the back of the young woman, who happened to be there by chance, thus establishing her condition and subsequent immobility.

In fact, after various painful experiences from April 1, 1934, until her death on October 12, 1961, she spent twenty-seven-and-a-half years "nailed" to her bed: a "Calvary," which she lived out with heroic faith.

For this reason, fifty years after her death, the number of those who await the opening of her beatification process is ever increasing. Valtorta was a lady of strong character – greatly reasonable and practical, in no way inclined towards fantastical suggestions – who never desired nor sought after mystical experiences.

The supernatural phenomena began in 1943, just when she thought she would not make it anymore and was close to death. On the morning of April 23, Good Friday, Jesus entered into her life and began daily supernatural visits to her, made by means ​​of interior locutions, visions, and dictations, which bound Maria – already suffering on that bed – to an enormous transcription project: approximately fifteen thousand handwritten pages.

Specifically, the primary work is called, "The Gospel as It Was Revealed to Me" [originally printed in English as "The Poem of the Man-God"]. From 1944 to 1947 – by means of many successive visions – Maria Valtorta re-lived the whole history of Jesus, relating every episode and even describing smells and the wind.

These are exceptional pages, which practically contain all four Gospels and fill in missing periods, solving so many enigmatic points or apparent contradictions.

Reading these pages is not only an extraordinary adventure for the mind since it reveals everything you would want to know and illuminates every truth, but it also changes your heart and changes your life.

Above all, it confirms the veracity of all the dogmas and teachings of the Church, of St. John, St. Paul, and of all the Councils.

For twenty years, after having laboriously stumbled through trying to read hundreds of biblical scholars' volumes, I can say that – with the reading of the Work of Valtorta – two hundred years of Enlightenment-based, idealistic, and modernist chatter about the Gospels and about the Life of Jesus can be run through the shredder.

And this perhaps is one of the reasons why this exceptional work – a work which moved even Pius XII – is still ignored and "repressed" by the official intelligentsia and by clerical modernism.

In spite of that, outside the normal channels of distribution, thanks to Emilio Pisani and Centro Editoriale Valtortiano, the Work has been read by a sea of people – every year, by tens of thousands of new readers – and has been translated into 21 languages.

A renowned Biblical scholar, [Blessed] Gabriel Allegra, has described it as "a masterpiece of world-wide Christian literature." He also wrote about the "astonishing Scriptural knowledge" of the author who had never studied theology and who only had at her disposal an older, common version of the Bible.

Also significantly emblematic is the judgment which was expressed in 1952 by the Jesuit, Father Augustine Bea, an authority in the field of exegesis, as the Rector of the Pontifical Biblical Institute in Rome, (where, several years later, Carlo Maria Martini succeeded him).

Bea was also a prominent personage of the Church because, after having been the confessor of Pope Pius XII, he became a cardinal and was one of the main protagonists of the Second Vatican Council.

Thus, in 1952, he wrote that he had examined an extract of the Work, "…paying particular attention in my reading to the exegetical, historical, archeological, and topographical parts."

Here is his judgment: "As regards its exegesis, in none of the records I examined have I found errors of any relevance. I was, moreover, very impressed by the fact that the archeological and topographical descriptions were propounded with remarkable exactness."

All this is humanly inexplicable.

In Maria Valtorta's Work is found a reconstruction that is so accurate and rich in historical, geographical, and human facts about the Public Life of Jesus, that it is impossible to explain – especially if one considers that it came forth from the pen of a woman who was ignorant of these subjects and of theology, who was not familiar with the Holy Land, and who did not have any books to consult, lying sick and immobilized on a bed in Viareggio, on the Gothic Line, during the war's most ferocious months.

There are thousands of pages, overflowing with information and with the loftiest reflections and meditations; with geographical descriptions which only today, by going onsite, would be able to be done.

There are hundreds of topographical names and details and descriptions of places, which were unknown to almost everyone and which only the latest research and archaeological excavations have brought to light. Maria Valtorta's Work is, in truth, inexplicable by merely human means. Even the literary style is very lofty and profound.

But above all, the Giant – Who runs through these pages and Who fascinates by means of power, goodness, and beauty; Who inspires, by means of words and actions – is precisely that Jesus of Nazareth of Whom the Gospels speak. The world had not seen – nor will ever see – anything comparable.

This has been translated from the original Italian. The original article's style of bolding and underlining has been preserved in this translation.